Five USA Today and New York Times bestselling authors have a special delivery this Christmas. They are releasing novels that feature characters from their top selling series --all announcing the birth of a new baby to bring extra joy to this holiday season. Cozy up with these amazing stories with characters you know and love for the ultimate feel-good romantic experience of 2017. 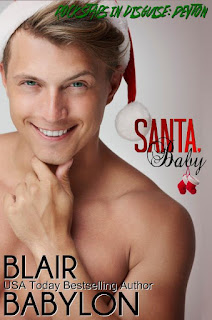 Peyton Cabot hates his life: being a rock star, performing for screaming crowds, being interviewed for magazines’ hottest musician of the year articles, winning awards, and banking loads of money.

Yeah, it sucks to be him.

After every show, Peyton tags along to supper with one of the couples in the band, a pathetic third wheel. Sometimes he goes down to the hotel bar to try to hook up with a woman who is traveling for business, usually to strike out because they’re not looking to hang out with a famous twenty-something blond-haired, green-eyed hottie. Every night, he sleeps in a different hotel bed, alone.

Except on those nights when Peyton picks up the phone to call one particular woman, one who understands him like no one else, but now she won’t answer his calls.

When Peyton goes to find her, he gets a Christmas surprise that changes everything. 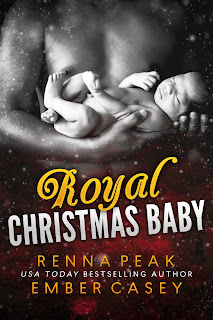 This Christmas miracle is about to change everything…

When Prince Andrew of Montovia married Victoria Simpson, he knew the sacrifices he’d have to make. He knew Victoria couldn’t have children, but he was willing to give up anything and everything to have her by his side. Her love was enough.

Now he and Victoria are facing a miracle they never expected, a pregnancy that they never dared hope for.

And nothing they knew will ever be the same.

A baby changes everything—their place in the world. Their relationship with Andrew’s family. And their own marriage. As tensions rise, everything they built together threatens to fall apart.
This baby was supposed to be their Christmas miracle.

This book is a companion to the Royal Heartbreaker series, Royal Mistake series, and Royal Arrangement series, but can be read and enjoyed as a standalone. 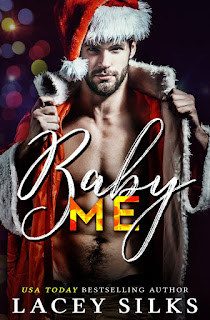 Falling in love with Cameron Madden was the easy part.

Staying in love with him was even easier.

Keeping that love… well, that’s been a challenge.

See, everything’s been taken away from me. My faith has been tested. I’ve grieved, I’ve cried and I’ve screamed in anger. Cameron was the only one by my side and now that I’ve healed, it was time for me to give him all that love back.

Recovering in the Madden family cabin, the thought of being haunted by a cartel had never left my mind, but Cameron had always been there at my side.

The past still haunted me.

It’s given me nightmares.

It instilled fear in my veins.

And when the time came to face that fear, I never thought I’d have to do it alone - almost.

If I didn’t succeed, I would lose everything all over again and I had more to lose than I knew.

Note: Baby Me is a Sin With Me novella. It can be read as a standalone, or following Sin With Me. Contains spoilers to Sin With Me. 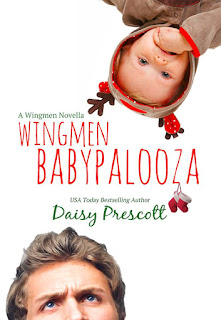 Once upon a time there was a wingman named Tom who had the reputation of being catnip for women.

Now the Tom Cat’s been domesticated and about to become a dad for the first time. If he can survive Hailey’s pregnancy, Baby 101 classes, and the holidays with his family.

Let’s hope the stork has his own wingmen. Because Tom’s not the only one of the guys to catch baby fever. In fact, the whole island seems to have it. This is one Christmas on Whidbey no one will ever forget. 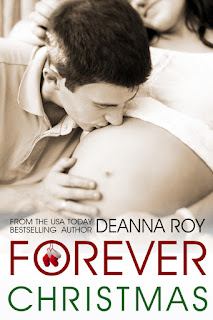 They tell mothers like me, a woman whose baby has died, that a new pregnancy will bring a rainbow baby. You know, the beauty after the storm.

What they don’t say is how hard it’s going to be. How scary. How emotional. That at the lowest point, I will completely give up hope.

I do have a saving grace. Several, in fact. Gavin, my hot, sex-on-the-kitchen-counter, loves-me-on-my-bad-days husband. He’s been with me since the beginning. And I have Jenny and Tina, girlfriends I met along the way. They’re the good ones. The ones who bring you Kleenex and vodka.

But I also have you. Tens of thousands of you who read my story and have cheered me on, waiting for me and Gavin to have a healthy baby. It helps me, knowing you’re out there, waiting, hoping. Some of you have lost babies yourselves. You know what I’m about to endure.

So it’s time for the happiest happy ending of all. What better time than at Christmas?

(Don’t forget your tissues. And maybe the vodka too.)